Well, the most obvious is it being nice to know how much SeAT is actually being used. One may argue that Github & packagist gives statistics on how many times the project has been installed / cloned, but that does not really reflect how many actual active installations there are.

Knowing how many active installs there are, encourages development.

Lastly, certain exception types are also sent as hits. This helps immensely with figuring out if a new version may have a serious bug.

First of all, the Google Analytics Measurement Protocol is really just that. It just measures usage. In summary, when certain events happen, only a hit with what happened is sent. No other data is sent with the hit.

For example. When the scheduler queues jobs, a hit is sent that says that this happened, and that it happened for x amount of keys. This can be seen in the following line of code: QueueKeys. It can also be seen that no other data goes along with the hit. For example, the access_token and refresh_token (which is what most will be worried about) does not go with the hit.

Once a hit is getting ready to be sent, information such as which OS/Version as well as versions of installed SeAT packages gets sent along with the hit. This can be seen in the following lines of code.

How are you protecting my privacy?¶

Can you link the commits where this was added?¶

Are the stats a secret?¶

Not at all. However, as a start I am going to limit access to people whom have actively contributed towards SeAT. If you would like access, please ping me on Slack.

How do I disable this crap?¶

If you insist on disabling the usage tracking, you can do this (as a SeAT administrator) by browsing to Configuration -> SeAT Settings and setting Allow Tracking to No. 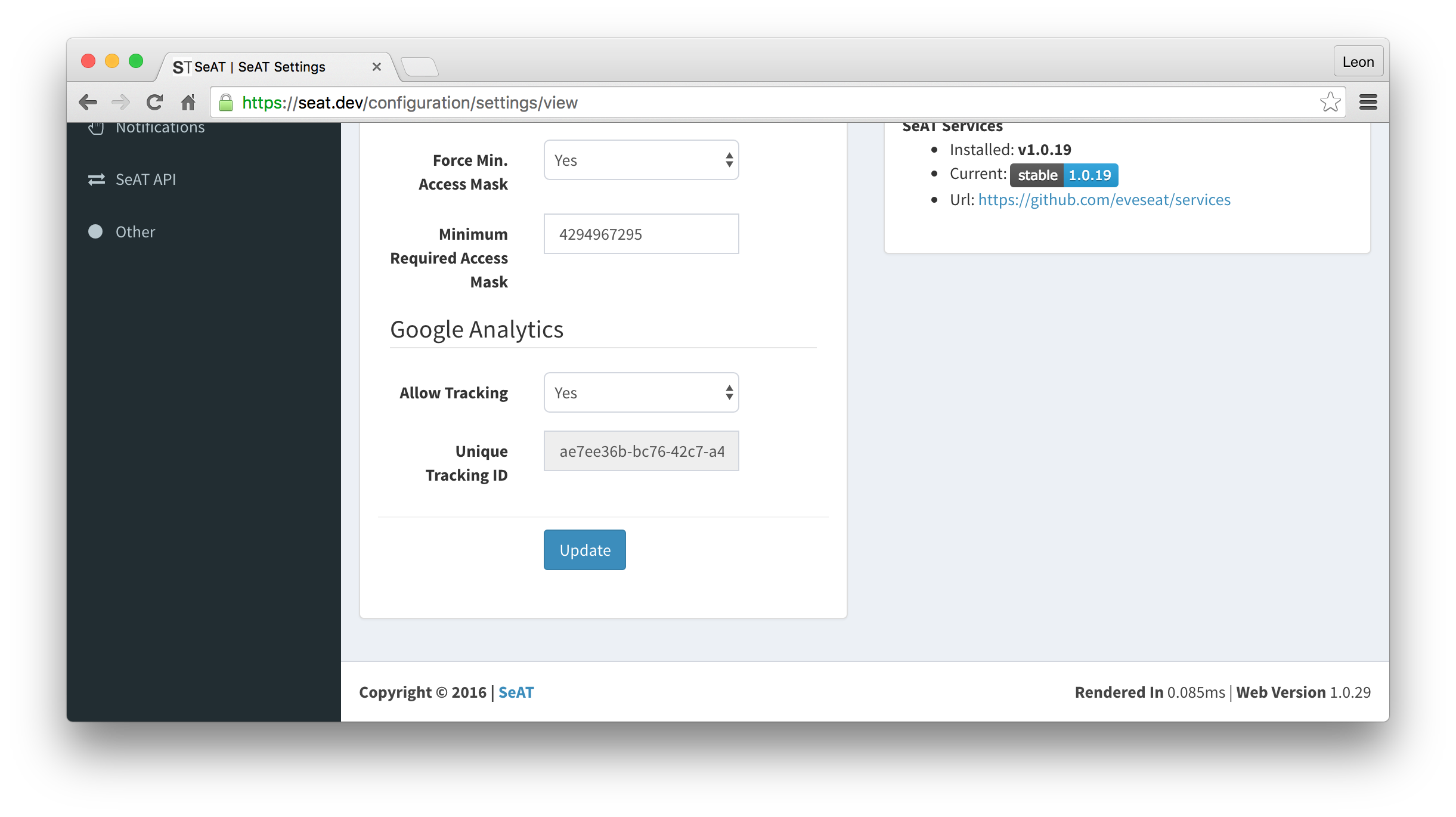